Shino Bay Aguilera says some physicians have a problem with medical aesthetics providers because we “represent financial competition to their business.”

Throughout its formative years, the medical aesthetic field was largely the exclusive province of so-called “core doctors” — board-certified plastic surgeons, facial plastic surgeons, cosmetic dermatologists and oculoplastic surgeons that were the only game in town. As this new industry matured and expanded over the past 25 years, it was routine for physicians from all sorts of sub-specialties to offer specific non-surgical aesthetic procedures, such as dermal fillers and BOTOX injections for facial rejuvenation, as well as chemical peels and non-invasive energy-based treatments to address sun damage, wrinkles and other conditions.

The incursion of these so-called “non-core” practitioners, which include OB/GYNs, general practitioners, ER doctors, ENTs and others, continues unabated and that ongoing influx of new providers is extremely worrisome to many outdated core physicians who cannot embrace the changing reality and evolution of our diverse industry.

To battle this apparent threat, the core doctors’ typical knee jerk reaction is to publicly move against non-core providers by attempting to demonize and disqualify them from performing procedures. Usually, the complaint is that non-core practitioners lack adequate training and are by definition incompetent; thus, they should not be allowed to train other non-core physicians because after all they are only trying to make a quick buck. And for all of the above reasons, patients must be warned about these ‘unethical charlatans’ that should be avoided in favour of core physicians. 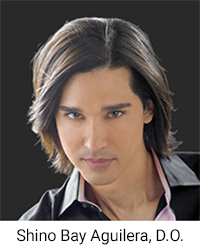 Remarkably, this elitist protectionism sounds a lot like the historical racism that prevented African-Americans from entering the medical field as physicians and nurses – regardless of their education. Even now, the percentage of black physicians and nurses in the core sub-specialties of dermatology and plastic surgery is notably extremely low. In fact, we can virtually count the number of black KOLs in plastic surgery and dermatology on one hand. As a prime example, Julius Few, M.D. was the first black plastic surgeon to hold the top political position in a major society in our industry. And like former President Barack Obama, he may be the only African-American plastic surgeon to rise to these lofty heights in his generation.

The latest victim of these “racist” disparagements is the well-known, highly competent Hispanic Florida-based non-core physician, Shino Bay Aguilera, D.O., who trains hundreds of new providers each year on injection techniques and products, as well as how to use them safely. Notably, Dr. Aquilera has been the most popular trainer for Galderma for several years. “Shino,” who is a deeply spiritual person, has been enduring this industry racism and animosity from his KOL colleagues for years. He bravely responded recently with a highly visible and intelligent rebuke to the haters and naysayers in their ivory towers.

In a heartfelt September 12, 2018 Facebook posting, Dr. Aguilera stated that this ongoing controversy has been resuscitated by what he characterized as a select, exclusive group of board-certified dermatologists. “They protest the right of other (non-core) medical providers to inject aesthetic medical products. However, they have no problem with these medical providers injecting medicines, or putting up an IV in their day-to-day medical practice in treating patients who need medical treatment. This indicates to me, as a doctor, that the only reason they protest the injection of aesthetic medical substances into a patient is not lack of trust nor lack of respect for their medical abilities, but rather because these medical providers represent financial competition to their business. I find that to be a double standard.”

While the core community learned long ago that it cannot legitimately stop people from entering the cosmetic dermatology field, it can still make trouble for people like Dr. Aguilera at the manufacturer and medical society level.

In this David versus Goliath story, Dr. Aguilera makes a strong case that he is not in it for the money. “I have been accused of training these ‘non-core’ practitioners because I am paid by the medical manufacturing companies and money is my motivation,” he wrote. “This is absolutely untrue. The compensation for my time is a fraction of what I earn in income in my private practice, and so any time out of my office is a personal financial loss. If I do company trainings on the weekend, I could be earning ten times the amount by hosting private, exclusive in-house trainings, which I do when I am not committed elsewhere.”

Further rebutting the non-core haters, Dr. Aguilera wrote, “They say their protest is based on concern that these medical providers are not as highly trained in this specialized field as a board-certified dermatologist. They claim safety and unfavorable results are the issue. So, if lack of training is their only concern, why are they attacking me and others personally for training these legally entitled medical providers? I train all legally entitled medical providers because safety and optimal results are all I am concerned with. As to the question of whether or not a non-core provider is not as highly trained in this specialty, I agree and that is why I train them.”

(As an aside, one should take a close look at the residency programs that provide injectables training as a part of board certification. How many hours of training are typically given? Two? Four? Look around the industry and observe the many competent injectables training courses that are available to core practitioners, as well, because they didn’t get enough technical and hands-on education in school.)

To the greater controversy as to whether or not a legally entitled medical provider should be allowed to inject fillers and other products, “I have zero control over the law,” stated Dr. Aguilera. “It stands, and I respect that. These protesters claim that there is a greater risk for adverse events with non-core providers, but there is no data, as yet, to support that. Therefore, I am doing all I can to ensure that they are as highly trained as they can be.”

Even worse for the core community, the leading industry manufacturers have been openly training and selling aesthetic products to non-core providers for at least 20 years. In fact, as in other global geographies such as Europe, the number of non-core providers offering aesthetic treatments in their practices clearly outnumbers core providers. So, there is absolutely no business logic to the suppliers reversing their business strategies and rewinding the market to recreate the elite non-competitive bubble that core doctors enjoyed 20 years ago. And the reality is that prior to the racist movement versus non-core providers, dermatologists and plastic surgeons were entrenched in a vicious turf battle. A perfect example is the move that ASDS made long ago to reposition themselves as “derm surgeons” so that they could justify doing plastic surgery procedures such as tumescent liposuction (invented by a dermatologist) and breast implants, etc.

Asking major manufacturers such as Allergan, Galderma and Merz to stop training and selling products to non-core practices would be like asking Amazon to only sell products online to rich white people – which is obviously absurd on too many levels to even consider.

As a specific example, Galderma, which is the number two purveyor of aesthetic injectables in the world, is not neutral on the topic of attracting more non-core customers. “As the U.S. aesthetics market continues to see strong growth, many new injectors are entering the space. Galderma fundamentally believes in the importance of good patient outcomes, which is why we created GAIN: The Galderma Aesthetic Injector Network. This innovative training and education platform focuses not only on traditional training, but also on pioneering 3D technology to help teach anatomy to all levels of injectors. Galderma will continue to invest to help deliver positive patient outcomes,” stated Alisa Lask, the company’s Vice President and General Manager of the Aesthetic & Corrective Business Unit in the United States. “Also, we can confirm that Dr. Aguilera is one of our most requested trainers.”

Unlike the false rhetoric we continually hear from some “hard-core” dermatologists, non-core practitioners are increasingly being trained by the best injectors in the field (most of whom are board-certified dermatologists). In fact, our manufacturers are investing heavily in less invasive, more effective and easier to use devices, technologies and techniques. As a result, competition is alive and flourishing in this industry with a much higher benchmark then ever for exceptional clinical results and patient satisfaction. 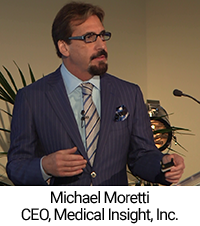 As related by Dr. Aguilera, “If core physicians fear competition, I have one piece of advice for you: Become really, really good at your craft.” Although this same professional advice has been espoused by extremely political core-leaders such as Steven Dayan, M.D, and his elite inner circle via the media and on the podium, the message seems to be lost in the irrational hatred mindset of his colleagues who are clearly trapped in the past – when the market was nascent and they were fumbling through their learning curve, where they no doubt caused endless patient treatment complications that they conveniently forgot.

Editor’s Note: Numerous well-known core KOLs who are the top advisors to our industry and hold the political power base in their respective societies have also participated in non-core training courses over many years in exchange for industry funding and lucrative research contracts. Predictably, this group of KOLs refused to comment on this controversial subject when contacted by our reporter.