Failure to follow College standard guidelines and rules can result in registration suspensions and other penalties.

Indirectly, these charges can also shutter business operations and publicly damage professional reputations. Acts of misconduct include false advertising as well as the improper or unauthorized administration of injection services and cosmetic procedures.

Two suspensions handed out last year to Toronto medical aesthetics providers for acts of professional misconduct should serve as a sombre warning to those in practice now or training to enter the field. 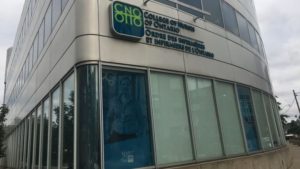 In May 2017, the College of Nurses of Ontario announced that Karin Zorn of Toronto was handed a three-month suspension for actions that fell below standards and “posed a risk to public safety,” stated the College in handing down its disciplinary decision.

In August last year, the College found that Ndirika Ozueh committed acts of professional misconduct that “would reasonably be regarded by members of the profession as disgraceful, dishonourable or unprofessional.”

In the interest of public safety, the College posted on its website that Ozueh  would be suspended for three months.

The provisions and regulations as set out in various government acts (including the Regulated Health Professions Act 1991 and the Nursing Act 1991) are designed to “protect the public and enhance public confidence in the ability of the College to regulate nurses.”

The charges of professional misconduct against Zorn included the administering of a substance by injection without authorization, the controlled act of selling a drug without authorization and non-verifiable and/or misleading advertising. She was also penalized for sub-leasing a portion of her clinic, Your Enhancement Solution, to a person who was not authorized to perform cosmetic injections.

The College ordered Zorn’s registration suspended along with other disciplinary measures in order to protect the public from risk and provide for a general deterrence.

“This sends a clear message to the profession that this behaviour will not be tolerated,” the College wrote.

The College penalized Ozueh for several acts of “dishonorable and unprofessional” conduct, most notably in regards to administering injections and selling dermal fillers to numerous clients “without authorization from a physician or other qualified health care professional,” the College wrote.

While engaged in her practice at The Beauty Lounge in Toronto, the College found that Ozueh also failed to obtain or document pre-treatment assessment and client contact and/or medical history information.

The College acknowledged that both Zorn and Ozueh accepted responsibility for their actions and ruled that both are entitled to return to work with restrictions following the suspensions.

Public safety is paramount in all medical services. The College of Nurses of Ontario should be commended for taking firm action against medical aesthetics providers who ignore or haven’t learned the professional standards and regulations that protect people from risk.

Whether already in practice or training, medical professionals are strongly advised to enrol in courses that discuss the importance of knowing and following provincial legislation and national standards that are designed to safeguard the public. Professional livelihoods and reputations are also at stake and certainly worth protecting, too.